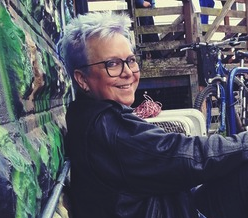 Live Story: Don’t Buy from the Driver by Ben Garant

Interstitial: A Reenactment by Jeff Barr

Live Story: King of the Prom by Janet W. Hardy

Song: There There by Radiohead