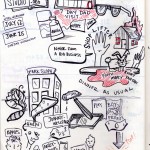 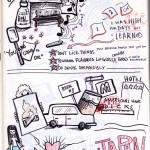 Matt Lewis’s story about hitchhiking in Japan (aka. Charisma-Man)…

… and then Drew Prochaska tries to make up for 10 years of being a rotten sibling when his parents entrust him with his little brother for the weekend.  He takes the kid to Coney Island, where they can’t seem to escape perversion around every corner.

In Reverse by Drew Prochaska by RISKshow

Want to hear about our live shows, podcast episodes and classes? Sign up for our email list below: